The practice of Vipassana originated in India over 2,500 years ago based on the teachings of the Buddha, and then was lost to India for many centuries. It survived in the neighbouring country of Burma until one man, S N Goenka, trained in the technique, travelled to India in 1969 to teach the technique to his ailing mother.

The story goes, he announced at customs that he was carrying a ‘gem’, the gem of Dharma (the universal law of life), which he was returning to its homeland. A few weeks later, Goenka held the first 10-day retreat in India for his mother and father and some of their friends. Those friends invited others, and soon, Goenka was instructing hundreds and then thousands of people in the technique. Goenka’s short trip to India lasted decades.

Here is Lilydale at the Vipassana Centre, there are about 45 of us at registration, about 25 women and 20 men. We consent to live by a vow of silence for 10 days, meaning we will not speak to another person, nor touch them or glance at them or make eye contact with them.

We are to consider ourselves alone in this place, except for the 2 assistant teachers who you can speak to if necessary, the vow of silence has the effect of keeping these exchanges to a bare minimum.  There is no mixing of the sexes, the men live, eat and meditate in one area; the women in another. The gong will ring at 4am and first meditation begins at 4:30am. Last meditation ends at 9pm and its lights out at 9:30pm. In between, there are meal breaks, a nightly discourse featuring a DVD of Goenkaji, he will also instruct us on how to meditate and all in all 12 hours a day of sitting on a cushion meditating.

It has been described as doing surgery on yourself, and without anaesthetic by Goenka, himself. The main teachings of Vipassana is to become aware of how all human miseries are related to aversion and cravings. 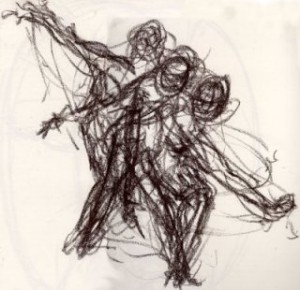